Home» Blog » How an Attorney Can Help You Get… 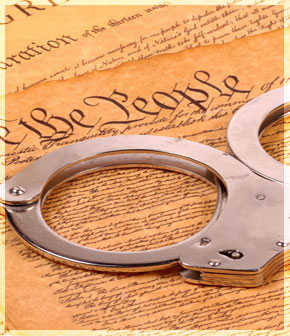 If you have made regrettable mistakes in the past that you have since overcome, you may be eligible for an expungement in NC. Expungement and record sealing, which conceals or destroys any public records of criminal offenses and accusations, varies from one state to another. Expungement in North Carolina allows leeway if you have been accused and cleared of a crime or sustained a misdemeanor or low-level felony. The laws in North Carolina are often more lenient than those in other states, but there are still some limitations you should be aware of before applying for expungement.

Sealing records results in the concealment of paper and electronic records of your criminal accusations and charges from the public view. Expungement means that the files are destroyed entirely. In North Carolina, expunged records are still kept on file with the Administrative Office of the Courts. You are limited to one expungement in your lifetime, so the records are used only to ensure that you have only used one expungement. A Union County criminal attorney may be able to provide you with more information on how and why these records are kept. Expunged information is only accessible to state judges. The general public, including landlords and potential employers, do not have access to expungement records. If you have had your records expunged, you are allowed to answer “no” on forms asking about criminal records because your charges are not acknowledged for any purposes other than record keeping.

North Carolina law gives significant leniency to those whose cases were dismissed or who were acquitted. DNA records and records of arrest may be expunged as well as court documents. Being young at the time of the alleged offense results in greater leeway as well, especially if you were under 21 at the time of a drug offense or committed a non-violent felony before the age of 18. A Union County criminal attorney may be able to help you determine if you meet any leniency standards for North Carolina. Older adults with non-violent crimes face a 15-year waiting period. Sex-related crimes, serious drug offenses and major felonies are not eligible for expungement.

A Union County criminal attorney may be able to help you figure out whether you are eligible for the expungement process. The first step is completing an application and filing a petition with the court that handled your case. The application must include a case number, date of arrest, date of offense, description of the offense and disposition records. After this information is processed, the court forwards the application to various agencies in the state. The court also calls upon the North Carolina Bureau of Investigation as well as the state prosecutor for an opinion on your expungement. Once all relevant investigations are finished, the completed information is forwarded to the judge in the county in which you filed your request. If approved, the judge will send orders to all agencies and courts that hold a record of the case.

In some states, an official pardon only offers forgiveness for the crime, but North Carolina offers “pardons of innocence.” These pardons alloy you to file for expungement and completely erase the incident from your record. A “pardon of clemency” only allows for restoration of your civil liberties, such as the right to possess firearms.

To obtain record expungement in NC and work with a criminal lawyer you can trust to represent your needs, contact the Khan Law Offices today at 704-774-6426.

Bobby helped me navigate a criminal matter in Union County in 2012-2013. With so much going on during a very rocky time in my life, Bobby removed the stresses associated with traversing all the systems complexities. He took all the worries upon himself and worked tirelessly to obtain a reasonable and workable legal solution. It…